It was the year that wasn’t. It was the year of social distancing, first and second wave lockdowns, closed galleries, postponed exhibitions, online screenings, virtual tours, livestreamed lectures, and too much Zoom. It was the year of COVID, PPE, CERB, BLM, and the USA in turmoil. It was a time of boredom and loneliness and dread and community and selflessness, when some would bang pots religiously each evening for front line workers and others would march for the right to go maskless. It was a year on pause, a year of struggle, and an opportunity for many arts organizations to recognize their structural inequities and propose models for lasting change. It was a year of reflection and reassessing our community’s values, and it remains to be seen whether it will all go back to business as usual once the vaccines do their thing. It was a year unlike any other, so instead of our annual Top 3 Critics’ Picks, we asked Akimblog correspondents from across the country for just one thing that stood out in 2020. These are the first of their responses. Next week there will be some more.

Maeve Hanna in Calgary: An Audit of Black Representation in the Local Art Scene 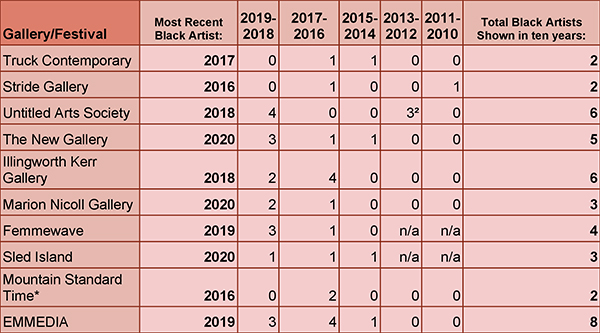 In mid-September artist oualie frost, with the help of Alicia Buates McKenzie, Michaela Bridgemohan, Uii Savage, and Levin Ifko, released an audit regarding the representation of Black artists in Calgary’s art scene. The data calculated the number of Black artists exhibiting at ten public artist-run centres and festivals over the past ten years. Published via their Instagram @defundart, it exposed a glaring inequity. Casting a critical eye upon the evidence they uncovered, frost and their collaborators not only employed great care and an enormous amount of personal labour to collect this research, but also presented suggestions for breaking down the systemic racism existing across the arts. Further, they emphasized the positive impacts that presenting work by Black artists can provide for Black people across society and in particular Black youth.

“It felt like a brief moment of intense empowerment,” frost remarked in a recent conversation, reflecting back on this year and the uprisings across the world in support of Black Lives. They also noted how it can become trendy to lift up the marginalized. They stated they’re hoping this data will not only point out the obvious, but will lead to real, lasting change. 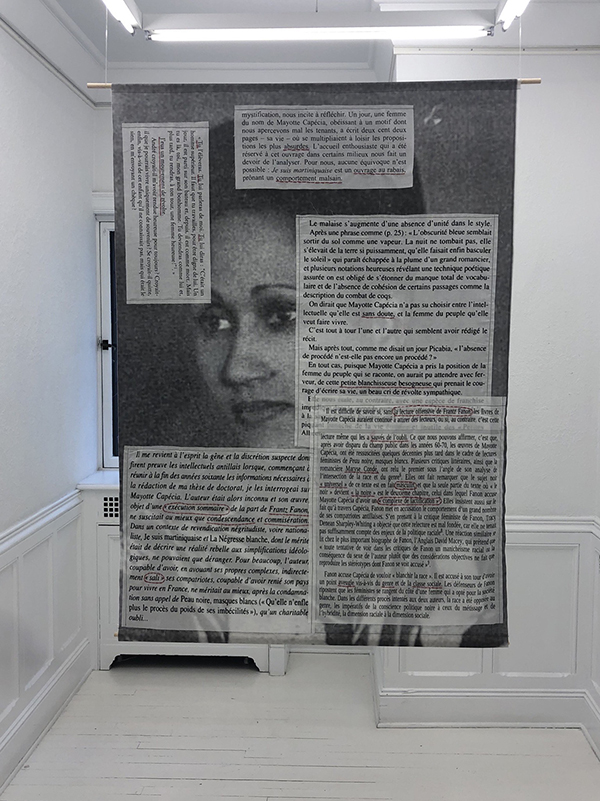 Michaëlle Sergile, De Capecia à Fanon, 2020, shown in This is what compels me to compel them at Le Live Art,  curated by Josephine Denis (photo: Sarah Nesbitt)

In 2020 I found myself becoming a first-time mother in the middle of a global pandemic. Amidst mass shut downs, moving through the city became difficult in normal circumstances and even more so for some. We watched as galleries and museums opened then closed again due to public health concerns, tried to make appointments to see exhibitions and failed, followed the evolution of projects I couldn’t visit on social media and reveled in their greatness. I would like to highlight one of these in my very short round up of 2020.

Boiling Point is a collective that appeared to emerge fully formed this September with an impressive lineup of exhibitions across Tio’tia:ke (Montreal) framed as an “art walk” that aimed to “reshape the relationship between artist and space.” Their name and manifesto make sharp links between the metaphor of water in the moment of transition, as something inert that becomes mobile through exposure to extreme heat. They call out a complacent social realm and refuse stagnant institutions in favour of creating space for one’s own – a powerful gesture based in radical love for artists loosely identified as BIPOC and LGBTQ. I would also like to give a special mention to the work of Michaëlle Sergile and Eve Tagny who were both featured by Boiling Point. I am very much looking forward to seeing more from them and the collective as a whole. 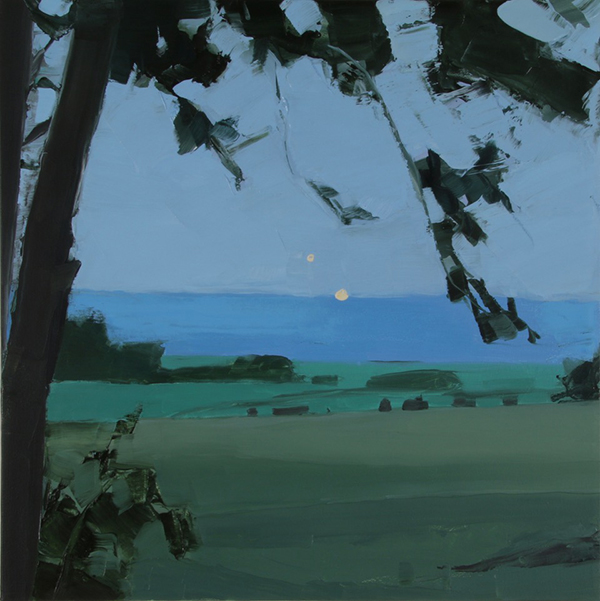 It has been a quiet year for art in many ways, but also a year in which more and more people have relied on art for perspective and solace as things got a bit too confusing and precarious in our lives. As galleries and other venues closed their doors, art became almost solely visible online. If I look back over the last twelve months, Sara MacCulloch’s simple oil landscape paintings on her Instagram account gave me many introspective moments of peace and contemplation. As my phone became my window to the world, her paintings were often the view. I’ve always felt a need for art in my life, but this year it was artists like MacCulloch, putting their work online for free, that truly saved my soul.