It was not an easy year in Canada’s most expensive city. How is that for a truism to end the decade? More than ever, we find ourselves at an apex of city-wide class difference – foremost in a strange housing crisis where the endless production of lodging produces little to nothing for anyone of modest or middle class means. This disparity drives 2019 in Vancouver art news. Here are my top-three headlines to highlight the class war. 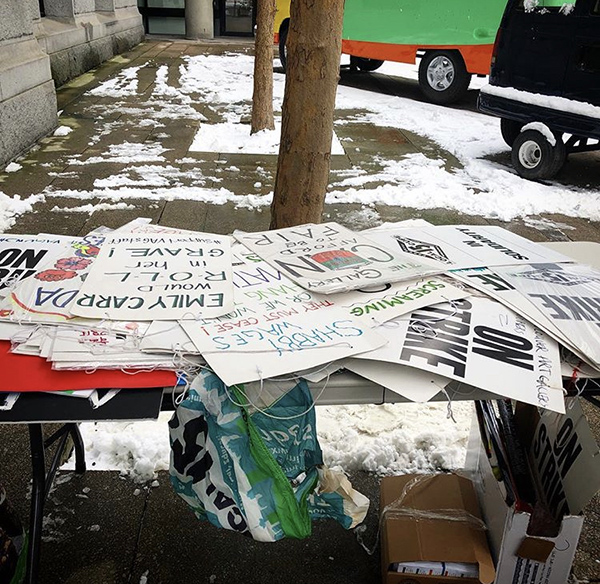 In early February, after being without a contract since 2017, two hundred unionized employees of the Vancouver Art Gallery began a weeklong protest against unfair wages, the elimination of longstanding scheduling rights, and proposed two-tier working conditions that threatened to roll back rights for new workers. In a statement to Hyperallergic , the union said, “Every year, as our wages fail to keep pace with the cost of living, we are forced to live with less, take side employment, or move further away from our neighbourhoods and communities.” This is a familiar refrain to locals who, out of necessity, are sprawling to more affordable suburbs, while the wealthy compete for two-bedroom condos downtown that start at $9 million. These anxieties were all the more highlighted by the announcement, just previous to the strike, of a major $40 million endowment towards an opulent Herzog and de Meuron-designed gallery building, along with the revelation that the VAG’s former director, Kathleen Bartels, was earning roughly $350 000 per annum while 202 out of 212 staff members earned yearly wages that were below $80 000. Though hindsight makes sense of this, it came as a surprise when, as the ink was drying on a new contract with workers, Bartels suddenly left her position to “pursue other professional and personal interests.” In the limited coverage on this split, she maintains a spirit of mutuality with the gallery. Notwithstanding the obvious growth during her tenure in attendance, donor gifts, and exhibition development, Bartels’ exit is plagued by her eye-widening salary and a general public hostility towards the new building project that she spearheaded. 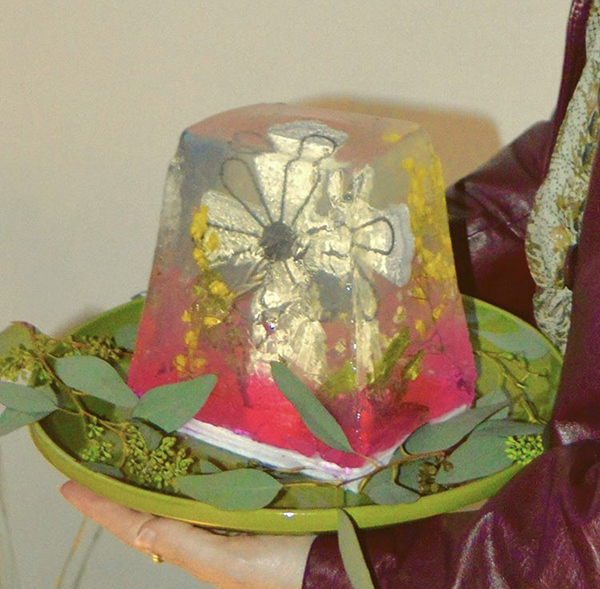 This year, international fashion house Gucci released a blackface turtleneck, put Sikh turbans on white models, and launched a mental illness-inspired collection. They also initiated a creative partnership with disabled Vancouver artist Sharona Franklin (@paid.technologies) to produce her multilayered gelatin sculptures for an upcoming campaign. The collaboration ended before it went to production, but Gucci launched their 2020 Cruise Collection featuring a familiar-looking assortment of jelly sculptures.

After signing an NDA in May, Franklin walked Gucci’s design team through her process, her material sources, and the inspirations for her work via phone call and email. As the date to shooting approached and the artist began to ask about travel, Gucci’s communication went dark, finally citing budget constraints in an email to Franklin at the end of June, saying they were choosing to execute the idea with someone else in Europe.

The story was taken public on Instagram by the industry watchdog Diet Prada (@diet_prada) in July. Franklin spoke out too. In an interview in Fashion, Franklin was asked if she consulted a lawyer about the NDA before talking. She responded, “I live in social housing and I’m disabled and I’m on social assistance. I don’t even have funds for anything like that. Even for my doctor’s appointments I often have friends help drive me and stuff. My life already has a lot of barriers and challenges so I think I just… I was worried about the NDA but I also thought, ‘This corporation doesn’t care about me or a lot of people.’” A change.org petition with about 5370 signatures is still circulating to demand Gucci be held accountable for their intellectual plagiarism. The company’s only response has been to claim, essentially, that they had used brightly coloured jellies before and they will again – but they’re sorry. 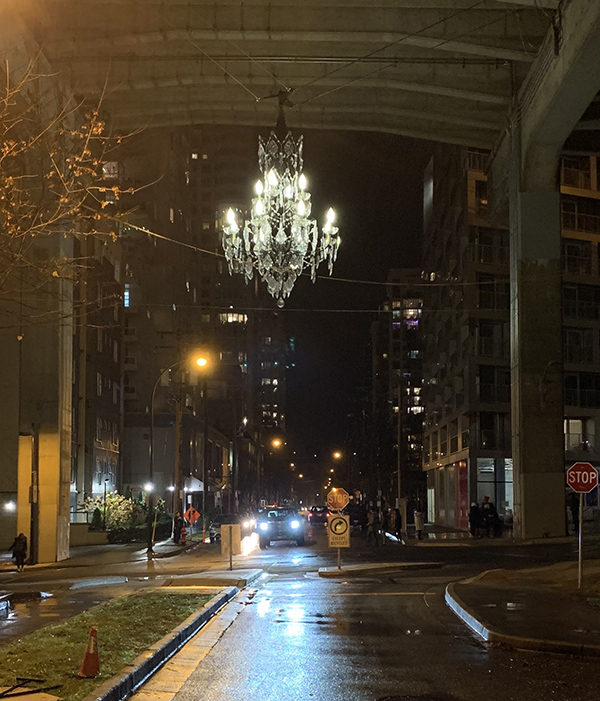 Rodney Graham’s public art spectacle Spinning Chandelier is currently dominating art conversations among everyone. To my own bother, this piece has been nicknamed “Bridge Scrotum,” or sometimes “Frosty Balls,” landing it in the Vancouver Lexicon of popular local webmag Scout who account for the tone-deaf juxtaposition of a massive-scale symbol of opulence, valued at $4.8 million, in a location where desperate people are known to seek shelter. People don’t seem to like it, or at least there is a lot of squawking of how better to spend the funds when there isn’t any place to live.

In case you, like me, were trying to let this event pass you by, I’ll share some of what I learned while researching this piece. Significantly, Graham’s work was a commission from the developer Westbank, who paid the entire cost of the sculpture by pooling their mandatory 1% public-art-spend from three different projects. This cleared up my own misconception that the cost of the artwork was partially subsidized by public funding, but it did raise the question of the City of Vancouver’s social priorities. This is to say that the developers were following the terms of their contract with the City which mandated that 1% of each project’s budget be spent on public art; however, there is no such mandate in place to enforce developers to spend even a similar percentage on public housing. The source of the tension remains between spending money (in this case, a lot of money) on culture or spending money on social infrastructure – the need for one being immediate, the other immediately less functional.

Local artist Germaine Koh shared a public Facebook status last week that circulated through the community, suggesting, in spite of economic conditions, that a thriving culture “needs to support and defend artistic production *on principle*, along with the freedom of expression and dissension that creative arts demand (and train), and the debates that they generate.” This is to say that the measures in place to ensure the development of public art remain necessary, even in a crisis, as to depend on the investment of private funding for art alone is to make art and culture an arm of corporate interest. Koh adds this does not preclude us from debating the work based on its merit.

I went to see it last week, timing my first visit for the 9pm lighting and spinning. My initial response is that the work’s actual physical size lent it a glow of intended purpose. The globe-sized polyurethane crystals pointed to their own fakeness, the location, to the sculpture’s trespass. Graham may not have intended the debate he sparked, but in the tradition of his works, one potentially absurdist reading would be that he intended at least some of the debate that has been raised and is now embedded in the work. At any rate, I cannot recall when I’ve had so many conversations about art in the most random places and times.