Looking back on the year that was, the reigning sensation is one of uncertainty. It was a discombobulating twelve months defined by a federal election that had no possible satisfactory resolution and, more locally, a city increasingly held captive by the mortal hazards of navigating its streets. Sure, the Raptors won the NBA championship and for a couple nights every Torontonian was in sync. You could experience the drama of the finals by leaving your window open and listening for the cheers and groans, but even that felt tenuous, like you knew it wouldn’t last. And the precarity of living here as rents go up and renovictions become more frequent mean artists, amongst the most precarious of the precariat, spend more energy struggling to get by, instead of making art. That is, if they stay. 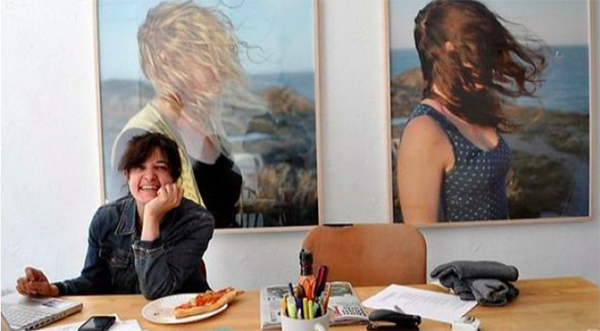 I had just visited two relatively successful mid-career artists who ditched Toronto this year for the more affordable pastures of Sackville and was on my way through Nova Scotia when news of Katharine Mulherin’s death reached me. I don’t want to dwell on speculation, but from what I learned in the weeks that followed, financial problems had dogged her as she worked to re-establish her gallery away from the Queen Street neighbourhood that she helped create – a neighbourhood that was now unrecognizable in the shadow of condos and swarms of the upwardly mobile. Even after years of covering the art scene, I’m still not sure how gallerists manage in this market, but I know it’s hard and unrelenting work. Which makes all that Katharine accomplished the more incredible.

As my family and I made our way out of Canada to a tiny town in Maine, I followed all the shared anecdotes and reminisced about exhibitions from previous decades. We ended up at a summer residency hosted by one of Katharine’s former artists and attended by another. That her reach extended a couple thousand kilometres beyond the city limits shouldn’t have been surprising, but it tempered a working holiday with the bittersweet sense of community that comes in the aftermath of a tragedy. This feeling was magnified weeks later when a memorial was held at the Gladstone Hotel and people I hadn’t seen in years went from being pleasantly surprised to mournful from moment to moment. A further contrast, one between the fragility of life and the strength of shared experience, was felt as each of us reflected on how much time had passed and how little had changed. It was an awful excuse to get together, but the opportunity to see so many people who made up the Toronto art scene from the nineties until now, all in one place, was an unexpected reminder of our own past and a testament to the influence of one of that history’s central architects. 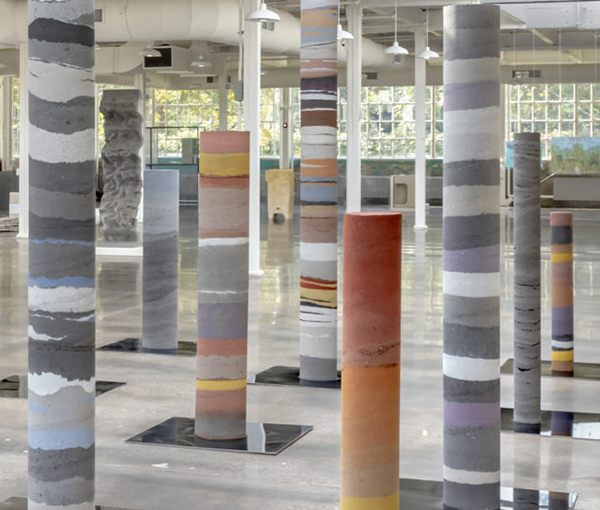 The city’s future as a conducive environment for the ongoing creation and exhibition of art was partially fulfilled by the inauguration of the long-awaited Toronto Biennial of Art. Discussions and proposals for this sort of thing go back a decade or more. Kudos to the team that finally made it happen and all the galleries, artists, curators, educators, programmers, and volunteers that kept it going. Seeing banners advertising the seventy-two day marathon along the Don Valley Parkway was jarring, but contemporary art has always been a hard sell and the core exhibitions did little to pander to assumptions of what the people want. The two main sites were also dictated more by curatorial fiat than convenience for visitors, which is a bold way to establish yourself, but maybe needs a rethink two years from now.

That said, the unnamed former factory/warehouse downtown and the provocatively named Small Arms Inspection Building on the city’s edge provided evocative locations for two groupings of artists that explored history and place through miniatures, performances, found materials, and functional sculptures. The prevalence of video projections and narrative mixed-media installations along with the emphasis on engaging marginalized communities felt less like a throwback and more of a continuation of previous generations of senior artists (some of whom, like AA Bronson, Judy Chicago, and Lisa Steele and Kim Tomczak, were included). Older artists, like Napachie Pootoogook and Abel Rodríguez, with family ties to the youngsters made this ancestry explicit.

An exhibition on this scale has the unenviable expectation of serving a variety of competing interests. The first iteration of the Biennial sacrificed none of its credibility with the local and international art crowd through its demanding and coherent collection of works. The downside to this success is that it lacked the crowd-pleasing spectacles or one-night-only excitement of a Nuit Blanche. When the city can mobilize one-third of its population for a badly organized parade to celebrate a sports team, the numbers that an art show can pull barely register. In most cases, that shouldn’t matter, but for a signature city-wide (and presumably well-funded) biennial exhibition, some math will have to be done. And once again, we’re left – like the prospects of another NBA championship – with an uncertain future. 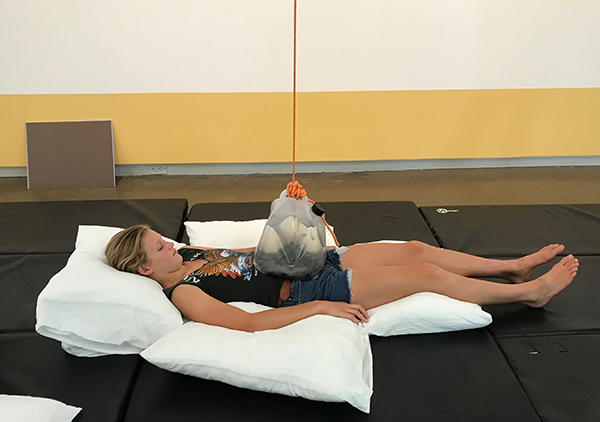 After contemplating the past and the future, it also helps to consider the present. My perspective during my weekly gallery visits is often obscured by the accumulated memories of all those previous weeks of gallery visits that stretch back into the distance (apologies for all this dwelling on the passing of time, but I’m turning fifty next month and can’t help succumbing to nostalgic reflection). However, during a reluctant visit to Gallery TPW’s k.g. Guttman exhibition this summer, I was effectively pulled to the kind of attention all art deserves. The visit was reluctant because I knew it would be interactive and one of the pleasures of visiting galleries is that I don’t have to deal with other humans. My companions on this jaunt convinced me to enter and despite my initial hesitation, I willingly embraced the assisted encounters that this Montreal-based choreographer/artist had organized. I think, in general, I’m pretty good at being attentive to the world and, when I’m on the job, art, but the focused exercises that we were lead through felt like a much needed perceptual workout and recalibration of the senses. It was just what I needed to gird myself for the coming year.