September 19 to October 19, 2019
Curated by Tarin Dehod and Derek Sandbeck

Referencing modern uses of the historical Roman forum, Tuesday Night is a talk show, a town hall, and a Reddit thread; a layered performance weaving together theatre, live music, and responsive sculpture.

Each Tuesday night, journalist/playwright Joel Bernbaum, actor/musician Lancelot Knight, and visual artist Andreas Buchwaldt will be joined by local guests, and community audiences. The artists, guests, and communities will take up subjects ranging from the local to the global, unpacking topical issues in an open and honest space. Through sincere gestures Bernbaum will take the part of host, Knight will transform dialogue into spontaneous song, while Buchwaldt will respond by adapting and evolving the set. Visit AKA throughout the project to witness the process, reflect in the forum – a ledger for upcoming performances, and participate every Tuesday night.

Joel Bernbaum is an actor, director, playwright, journalist and the founding artistic director of Sum Theatre in Saskatoon. He is a graduate of Carleton University, where he did his Master’s Thesis on Verbatim Theatre’s Relationship to Journalism. Joel is currently a PhD student in Interdisciplinary Studies at the University of Saskatchewan, where he is investigating the potential of theatre companies to strengthen cities. Produced plays include Operation Big Rock, My Rabbi, and Home Is A Beautiful Word. Upcoming productions include Reasonable Doubt (Persephone Theatre) and The Refugee Project (Belfry Theatre). Joel is grateful to be working with the fine folks at AKA and to be collaborating with Lancelot and Andreas.

Andreas Buchwaldt is a visual artist based in Montreal and Saskatoon, whose practice engages sculpture, kinetic art and photography. Through these mediums he uses architectural materials and symbols to examine different approaches to urban planning. In 2017 for the Nuit Blanche festival in Saskatoon Buchwaldt created Decompressions, a large-scale kinetic light sculpture on the site of the former Farham Block. The work was partly an ode to the building’s legacy and partly an invitation to talk about the changing landscape of the city. His current work covers similar territory as it utilizes light drawing sculptures and long exposure photography to explore cities at night.

Lancelot Knight is an actor/musician from Muskoday, SK. Lancelot is a Juno award nominee and currently his artistic resume consists of playing guitar for his father Chester Knight, front man for the band Nightswitch, as well as a musician in residence for Saskatoon’s local theatre company Sum Theatre. Currently Lancelot Knight, is involved with renowned playwright Tomson Highway and his new project, Songs in the Key of Cree. Lancelot Knight, is currently working on a solo music projects. 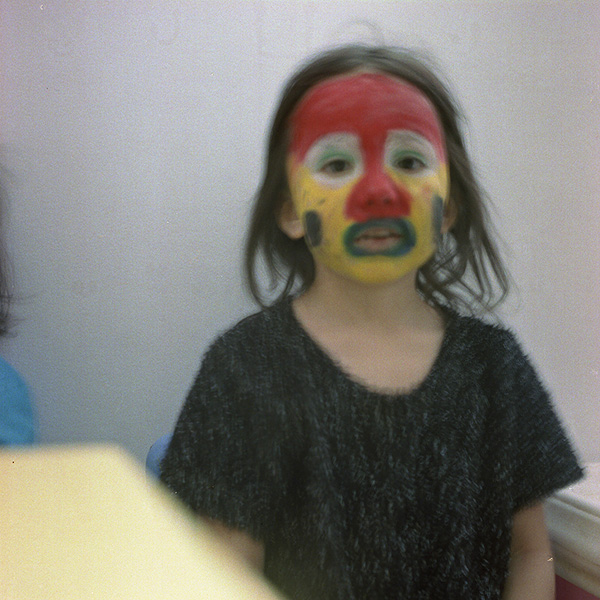 The Girls
Billboard by Sarah Houle

Houle’s photographic series, The Girls follows her nieces as they grow. She captures the everyday, elevating the importance of family through the documentation of love, intimacy and family. The mundanity of the images demystifies contemporary Indigeneity, debunking stereotypes and rebuking the colonial expectations of performing Indigeneity. Centering family, Houle’s work showcases the resiliency present in everyday Indigenous life.

Sarah Houle is a multidisciplinary, Métis artist based in Calgary, AB from the Paddle Prairie Métis Settlement in Northern Alberta. Her work is autobiographical with an interest in technology, fantasy, and craft. Cultural identity in the age of digital technology is important in her work, as elements of physical and digital space come together to conjure nostalgic imagery. Modern day fantastical legends express the artists social commentary on identity from the perspective of Métis culture and heritage.

Projects and events are free and open to the public.