The Uqbar Metafictional Photography Biennale 2021 Edition, Natureworks: The Next Revolution

WE TOOK THE ROOF OFF THE MAC TO LET NATURE IN! 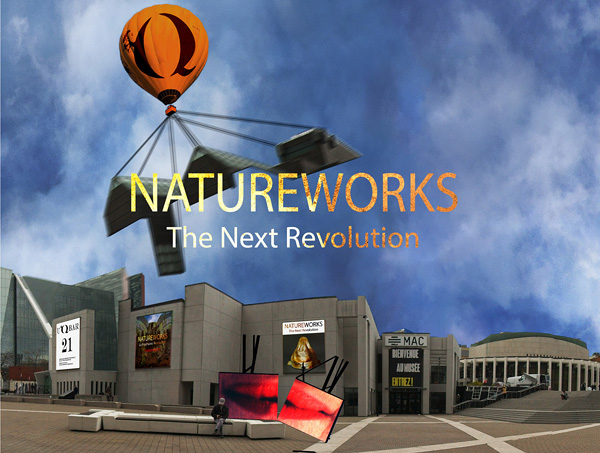 For its fourth Edition, the Uqbar Metafictional Photography Biennale pursues Karl Blossfeldt’s vision of nature as a “primeval force.” Exploiting its metafictional virtue, Natureworks: The Next Revolution takes Blossfledt’s creative process to a higher level by turning the Museum inside-out. Exposing the museum’s interior directly to nature removes the aesthetic/conceptual context in which nature has been colonized since the renaissance, leaving only a heightened awareness of what Blossfeldt called the “foundation of all form”.

The exhibition presents a single art object, namely the Musée d’art contemporain de Montréal. The Museum will undergo one simple modification. We have lifted the roof to let nature in and instructed the museum staff to cease sanitizing the five gallery spaces Uqbar will occupy for the duration of this exhibit. 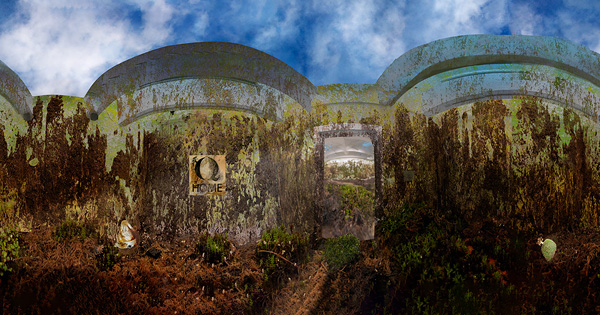 Word from the Curator

Natureworks: The Next Revolution was first inspired by a vision of an exhibit of landscape photographs where small rectangles of controlled and extracted nature hang on the walls of a white cube. In this we saw the relationship between the two cerebral hemispheres. The landscape photographs represent the sensing, experiential right brain which thrives upon connection to the world, living in a cage built by the linear and rational left brain. The right brain can be seen as a microcosm of nature within us. Since it operates in a nonlinear fashion, it is often compared to a parallel processor; yet it is more likely that the current that carries associations, shapes, sounds and memory through its neural pathways is precisely the same “primeval force” that dries algae along the shore or directs the crow across the sky. Given the fact that the dominant left brain is also the architect of civilization, our world is more or less a white cube. The revolution the title refers to is within us.

The works exhibited are direct transcriptions of the “primeval force” of the world. The Museum itself might be seen as a metaphor for a future civilization in which the two hemispheres of the brain have equal standing.

About the Uqbar Metafictional Photography Biennale

The Metafictional Photography Biennale is a work of magic realism. It is a perpetually evolving html-based interactive image depicting a collection of museums. Originally inspired by the theme of the Mois de la photo à Montréal 2015 Edition, this project began life contemplating Joan Fontcuberta’s notion of “the post photographic condition”. 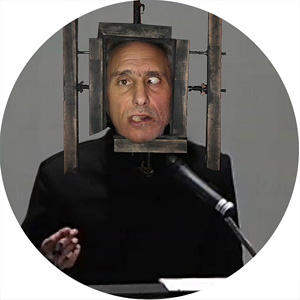 Brothers Paul (né Paul Lowry) enjoyed a short-lived career as a minor artist during the last decades of the 20th century, working predominantly in photomontage. Inspired by surrealist literature and, to a smaller degree painting, his work was infused with a subversive revolutionary spirit against a society ruled by rational thought. Falling prey to Callosal Syndrome early in the new millennium, which independently liberated the two hemispheres of his brain, he relaunched his career as Brothers Paul (the bicameral minds of Paul Lowry). As a Split-brain artist, Brothers Paul continues his revolution against the rational mind from within the walls of his own psyche. His work exploits this unique perspective to explore the dichotomy between the insensitive, rational, left brain driven by ego, and the sensing, experiential right brain that thrives upon connection to others and to the world.

Brothers Paul’s work is usually associated with neo-romantic auto-engenderment, which deliberately confuses creator and creation such that the artist is generally considered to be just another photomontage of his author/character Paul Lowry.

The Uqbar Metafictional Photography Biennale is situated at UQBAR.CA
Direct access to Natureworks: The Next Revolution at the MAC

The exhibition is accessible from your favourite armchair 24 hours a day, seven days a week. 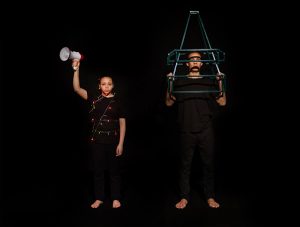 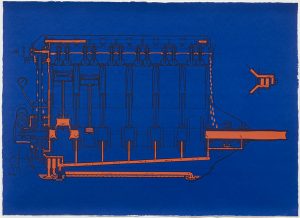 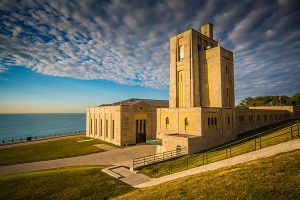