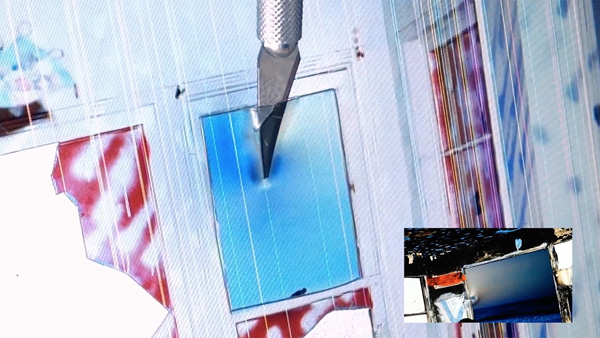 starts Friday, October 2, 2020, with an Instagram Live introduction by emerging curator Warren Chan at 7pm ET followed by the first title in his program, zuma_cuts.mov by Alejandro Šajgalík.

On Friday, October 16, 2020, Chan will be in conversation with artists Alejandro Šajgalík, Peggy Ahwesh, and Yoshiki Nishimura at 7pm ET on Zoom. Check the Vtape website for a link to this conversation.

Warren Chan writes about his approach to the theme:

In a world defined by corporate technology, it can feel as though we’ve been reduced to data-points, our fates already determined by algorithms. What hope remains in finding humanity in a world of simulacra? This program explores this question through experimental works that reject the rules of virtual realities and interrogate the boundaries between physical and digital space.

What does hope look like in the digital age? As digital depictions of the world become increasingly integral to our experience of the world, to live in a world with hope requires also finding hope in the digital realm. Yet, I sometimes find it difficult to be hopeful in an environment where we have been reduced to data points and our fates seem predetermined by code and algorithms.

The world we live in is a hybrid of the physical space we occupy and the digital spaces through which our vision of the world is continually refracted. As our experiences of reality are subsumed by experiences defined by corporate technologies, liberation from this mediated version of the world appears distant. What hope remains in finding humanity and freedom in a digital reality obfuscated by corporate agendas, where the language of ones and zeroes have been co-opted by corporate tech development?

In this program, I find hope in this digital reality through video works that recontextualize digital images, reject the rules of virtual realities, and interrogate the boundaries between physical space and the infinite worlds on the other side of our screens. Digital photographs, videogame worlds, and computer-generated realities are critically examined in these video works. Through this, I find hope that the opaque systems of the digital world can be understood, reclaimed, and reshaped.

Beginning with the white light of a digital screen and ending with the black void of digital nothingness, the extremes of the digital world are symbolized here. By titling this program .exe, I aim to represent hope in the digital age as executable and actionable. The featured artists here do not find liberation by opting out of new technology. Rather, they confront the new status quo and carve out their own spaces of reflection and expression within this new digital world.

Hope here lies not in Ludditism but in methods of participation that critically engage with these mediums and reject the corporate-defined parameters of these technologies.

Warren Chan is currently completing his MA in Cinema and Media Studies at York University, where he is researching the usage of A.I. generated images in experimental cinema. Outside of his studies, Warren is a filmmaker with an interest in experimental video works that analyze digital and new media technologies.

Alejandro Šajgalík, zuma_cuts.mov, 2016, 06:06
Zuma was a photo series by John Divola, wherein the deterioration of an abandoned building used for firefighter training was documented over a year. Contributing to the building’s decay himself during his photography, Divola frames his process of documentation as part of the structure’s continued change.

In zuma_cuts.mov, Šajgalík recontextualizes these images on the computer screen and continues the building’s deterioration as he cuts into the screen with a utility knife. The image on the screen distorts under the blade, foregrounding the materiality of the digital image and its existence within physical space. As the view outside the window is replaced by whiteness, the image ceases to index an absolute space in the physical world, but becomes a window to the infinite space on the other side of the screen. The building Divola photographed lives on in this digital space and continues to change. Through this, Šajgalík investigates the reciprocal relationship of the digital and non-digital.

Peggy Ahwesh, She Puppet, 2001, 15:15
Most virtual worlds of videogames are governed by rules that dictate what one can and cannot do. In She Puppet, Ahwesh uses the Tomb Raider videogame series to examine the limits of our actions in these coded realities and posits that we can reject those rules and find liberation within the parameters of these spaces. Through this defiance of the videogame’s predetermined goals and limitations, the virtual world becomes a space of reflection and expression.

Death in games is intended to be a lose-state. Yet, Ahwesh recontextualizes death here and examines it as a victorious liberation from the confines of the videogame world’s rules. Death symbolizes defiance of the world’s rules and with each death, one is reborn once again to keep forging their own path. Accompanied by quotations from Fernando Pessoa, Joanna Russ, and Sun Ra, Ahwesh turns Tomb Raider’s world into a platform to explore themes of identity and gender.

Yoshiki Nishimura, Somewhere, 2016, 07:55
In Somewhere, the natural world and the digital world form a dialogue as footage of ocean waves are translated into 3D computer images. These resulting images of waves may not represent any physical location, but this video work argues that these uncanny bodies of water do, in fact, exist somewhere. Nishimura documents and explores digital space as real and meaningful, and foregrounds its relation to natural space. Digital images here are not mechanical reproductions of scenes in the natural world, but acts of creation that use real world references to construct a new space.

In this digital somewhere, we confront the black void of nothingness beyond the horizon. Shrouded in darkness, the image is at first haunting and alien. Yet, as the computer generated sun sets, there is hope that it will rise once again in a new day–a reminder that the future of this digital landscape has not yet been determined.

Alejandro Sajgalik’s work draws from his academic background in architecture and urban sociology, as well as his experiences with queerness and intimacy. A self-taught interdisciplinary artist, Sajgalik has explored a wide array of artforms including music, dance, video, and text.

Peggy Ahwesh began her career using Super-8 film and has since experimented with a diverse range of mediums, including found footage, digital animation, and Pixelvision video. Her wide breadth of works take on different formats and styles, but are unified by a distinct voice that uses levity to investigate digital culture and gender identity.

Yoshiki Nishimura is an experimental filmmaker who primarily works with 3D computer graphics. Through this, Nishimura examines the relationship between real and virtual worlds. He teaches film and media arts at Tohoku University of Art and Design in Yamagata, Japan. 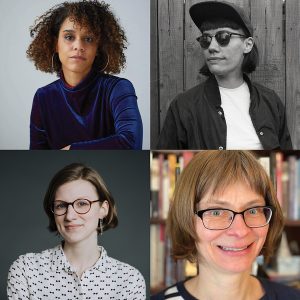 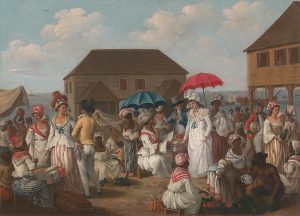 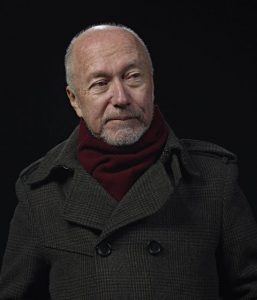