Janet Werner and other new exhibitions at the MAC 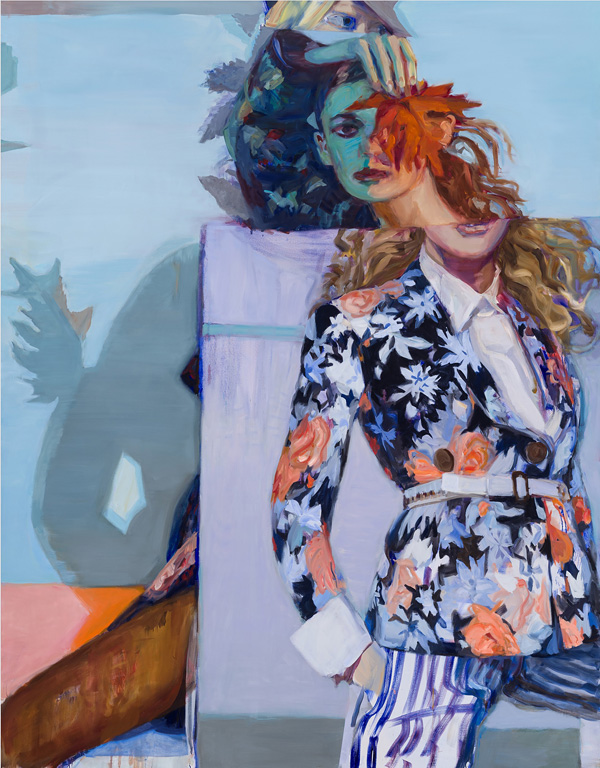 Starting October 31, painting takes centre stage at the MAC with a compact survey of the last decade of work by celebrated Canadian painter Janet Werner. Visitors will have an opportunity to gauge the scope of Werner’s practice; since the 1990s she has developed a unique genre of fictional portraits featuring invented subjects. References to pop culture, humour, and the carnivalesque mingle with an aura of strangeness in Werner’s works, many of which are executed in cadavre exquis manner, from collages of found, folded, and rearranged fashion photographs. Since 2015, she has also been giving increased attention to the paintings’ production context, representing the studio as work site, with source photographs and paintings cohabiting in a mise en abyme that even occasionally disposes of the figure altogether.

“Janet Werner offers a stunning array of chromatic and formal effects at the service of fictionalized portraits of women. Exploring gender representations, historical conditioning or vulnerability, the paintings summon fantasies of interiority sometimes informed by media images, cut-up techniques or art-historical references, as well as depictions of the artist’s studio. On display, for the benefit of us all, is unmitigated joy in the many pleasures and heroic struggles of composition, paint handling and formal rhetoric.”
– John Zeppetelli, Director and Chief Curator, MAC

Janet Werner was born in Winnipeg in 1959. After earning a BFA from the Maryland Institute College of Art in 1985 and an MFA from the Yale University School of Art and Architecture in 1987, she returned to Canada, where she taught at the University of Saskatchewan from 1987 to 1999 and Concordia University from 1999 to 2019. Monographic exhibitions include What Time Is It, Mr. Wolf? (Art Gallery of Guelph, 2019), Another Perfect Day (Kenderdine Gallery, Saskatoon; Esker Foundation, Calgary; Galerie de l’UQAM, Montréal; MacIntosh Gallery, London, 2013) and Is Anything Alright? (Art Gallery of Windsor, 2009).

The museum also presents Second-hand Reading, 2013, a video animation by South African artist William Kentridge. Working in the sociopolitical context of apartheid and its aftermath, Kentridge offers with this work an evolutionary content where meaning is built through the act of creation.

New exhibitions at the MAC also include Québec and Canadian artists. Luis Jacob (Toronto) and Serge Tousignant (Montréal) are brought together in an unprecedented pairing presenting works from the Museum’s collection: one of Jacob’s album of images and Tousignant’s polychrome sculptures. Gisele Amantea (Montréal) is revisiting an iconic space of the Museum, the Rotunda, in an original and disruptive way in a new series of ink-jet prints. The MAC presents the work Bleu de bleu by artist Alain Paiement (Montréal) as it has been integrated into the Museum’s collection. In its original form, Bleu de bleu frames a small concrete-and-asphalt stretch of the world between Pierre Elliott Trudeau International Airport and downtown Montréal. 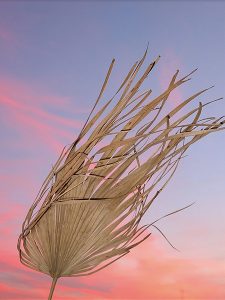 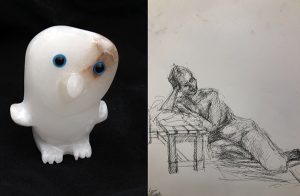 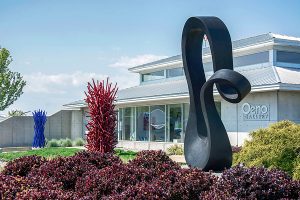