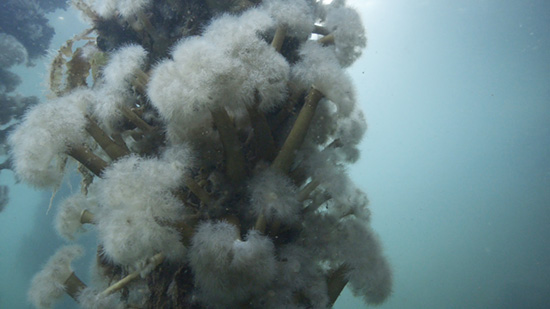 Sirenomelia is called the Mermaid Syndrome – in reality a rare condition – but in the eponymously titled video by Lithuanian artist Emilija Škarnulytė, it becomes a poetic device that allows the artist to inhabit a world of double mythologies. Shot in two locations above the Arctic Circle – in the abandoned underwater docks of Olavsvern, a decommissioned naval base built to conceal American submarines in this frozen dream of a landscape, and above ground at the Geodetic Observatory at Ny-Ålesund, Spitsbergen, a research town that is home to 30-some permanent inhabitants of the most northerly settlement on the planet.

Sirenomelia opens on the frozen landscape. The audio we hear are the sounds of deep listening, the drones and beeps as recorded by the enormous observatory satellite dish – visually represented in kaleidoscopic perfection, a hint that we are seeing beyond our human senses. Then we are underwater as Škarnulytė glides through the now-empty submerged bays, conducting a personal exploration in this underwater environment inhabited only by the ghosts of the Cold War, encountering what she calls “the “counter-mythology of (that era)…what the East believed about the West and vice versa,” her no-longer-human body clad in a single-finned skin suit, she undulates into the world of the mermaid where water – even frozen water – is full of life.
– Lisa Steele, Vtape Artistic Director

Emilija Škarnulytė is a nomadic visual artist and filmmaker. Between the fictive and documentary, she works primarily with deep time, from the cosmic and geologic to the ecological and political. Recent group exhibitions include Hyperobjects at Ballroom Marfa, Texas; Moving Stones at the Kadist Art Foundation, Paris; and the first Riga International Biennial of Contemporary Art; On Earth, Structure and Sadness, Serpentine Galleries, UK; as well as a new commission for Bold Tendencies, London and a solo show at Kunstlerhaus Bethanien in Berlin. She was recently shortlisted for the Future Generation Art Prize 2019. She currently co-directs Polar Film Lab, a collective for 16mm analogue film practice located in Tromsø, Norway.

co-presented with the Images Festival  www.imagesfestival.com

Tuesday – Friday 11am – 5pm
(only during exhibitions) Saturday 1-5pm

Vtape is an Accessible Venue with level entrance at the EAST end of the building on Richmond St. West. 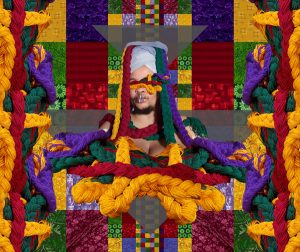 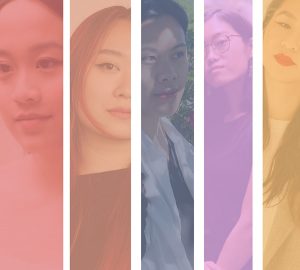 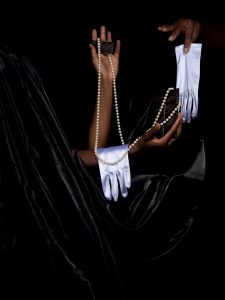