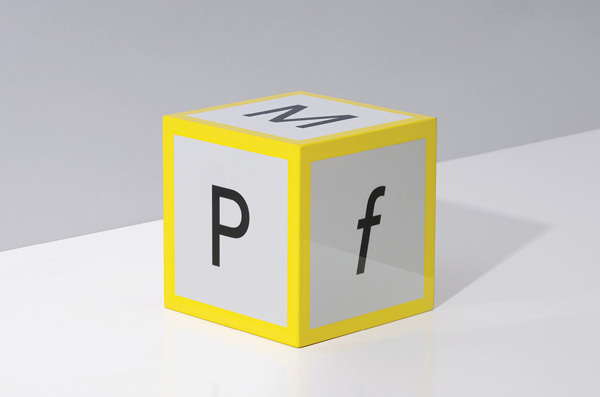 The Art Gallery of Guelph (AGG) is pleased to announce that Mitra Fakhrashrafi and Vince Rozario have been awarded the 2021 Middlebrook Prize for Young Canadian Curators. Their proposed exhibition, Collective Offerings, has been selected as the winning submission and will be presented at the Art Gallery of Guelph from September 16 – December 12, 2021.

Created in 2012, the annual prize is awarded to a Canadian curator or curatorial team under 30. “The partnership between the Middlebrook Prize and the Art Gallery of Guelph provides a unique professional development opportunity at a critical point in their careers,” notes AGG Director Shauna McCabe, “Mitra and Vince are among the country’s best and brightest young curators with a clear sense of the public role and transformative potential of the arts. The gallery looks forward to working with them as they bring their community-engaged project to fruition.”

Collective Offerings responds to the compartmentalization and fragmentation produced by colonialism and deepened by this period of unprecedented political, ecological, and public health crises. Recognizing the particularly heavy toll exacted on racialized, migrant, disabled, and low-income communities, the curators will work with artists Meech Boakye, Shirin Fahimi, LAL (Rosina Kazi and Nicholas Murray), Jessica Karuhanga, and Shaista Latif whose performance and new media practices speak to collective interdependence, mitigating the impacts of isolation for communities, networks of care, and our bodies themselves.

This year’s jurors included Nicole Caruth (Independent curator and cultural strategist), Sally Frater (former Curator of Contemporary Art, Art Gallery of Guelph; current Director, Oakville Galleries), and Denise Ryner (Director/Curator, Or Gallery, and Associate Curator, Haus der Kulturen der Welt in Berlin). “Rozario and Fakhrashrafi’s project is an excellent example of place-based curating that considers local histories and demographics in the development of their proposal,” suggests Ryner, “They propose precise formats of engagement that extend their curatorial concepts into tangible experiences of inclusion and exclusion, which in turn supports the research and dialogical functions of their exhibition.” 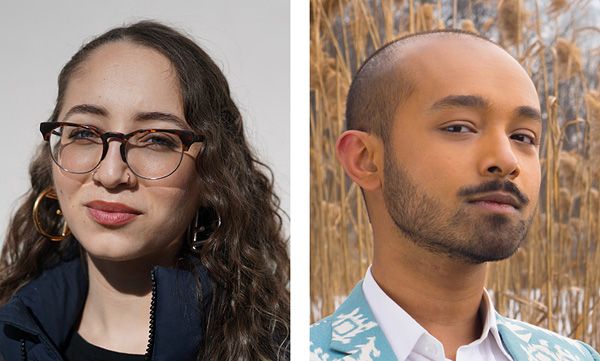 Curator Biographies
With a background in street art, Mitra Fakhrashrafi is a mixed media artist and curator interested in placemaking, anti-surveillance, and border abolition. She is a co-founder of Way Past Kennedy Road, a curatorial collective that supports artists living at the margins to produce, exhibit, and profit from their storytelling practices. Working alongside emerging artists often without access to institutional networks, she interweaves curation, resource sharing and skill building, creating online and offline spaces that imagine alternative, and more specifically, anti-colonial futures. Mitra has exhibited across Toronto, Montreal, and Brooklyn in artist-run centres, including Xpace Cultural Centre and Margin of Eras Gallery. Mitra is a member of the Whippersnapper Gallery Board of Directors and was most recently appointed Curator in Residence at the Textile Museum of Canada.

Vince Rozario is an independent critic, curator, writer, arts administrator, and community organizer based in Tkarón:to/Toronto. Born in Bangladesh, raised in Dubai, and eventually settling in Canada, they attempt to map out trajectories of modernism, queerness, and decolonial futures across transnational axes with a specific emphasis on South Asian diasporas.. They have presented curatorial projects at Xpace Cultural Centre, the Gladstone Hotel, and the Canadian Filmmakers’ Distribution Centre, as well as contributing to exhibition texts for Whippersnapper Gallery, InterAccess, and Gallery 44. They were the winner of the 2018 C New Critics Award and have published criticism in C Magazine and Momus. They are a co-founder of Bricks and Glitter, a grassroots intergenerational QTBIPOC (Queer and Trans Black, Indigenous and People of Colour) arts festival, and currently serve on the Whippersnapper Gallery Board of Directors. 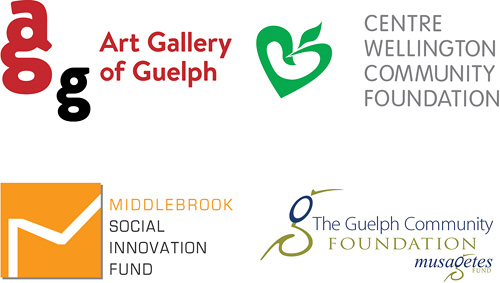 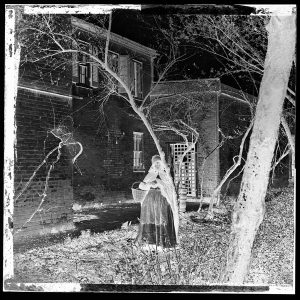 Fall 2022 Exhibitions at The Image Centre