It’s a sign of my generational affiliation that I resort to Facebook once the standard modes of getting out in the community are shut down. I imagine folks under forty (maybe make that thirty) are scrolling through Instagram to seek points of connection at a time when six feet is as close as we can get to each other and an enclosed space with more than a handful of people is a danger zone. I’m used to galleries being empty and in any other situation they would provide some welcome breathing space, but you can’t be too careful and I just read online that the province is shutting pretty well everything down. All we’re left with are phones and computer screens. And an endless supply of distractions.

It’s only been a couple weeks of what looks like to be a couple months or more of the new normal, but those distractions are already starting to feel beleaguered. I’m over Tiger King (and I never even watched it) and binge-watching TV shows that stretch to thirty or forty hours makes me dwell on my mortality and wonder how much of my life has been wasted on mediocre entertainment.

One silver lining to this mass retreat has been the not-surprising response by artists who figure out ways to continue to do the things they do when all the usual places they do it have been shuttered. (The rotten core inside that silver lining is the devastating economic impact the response to COVID-19 is having on creatives. If you have the means, go online to find places to donate money to support artists in their time of need.)

I wouldn’t be the first one to point out how the general populace has embraced the arts as a means of getting through this crisis – even if it is just to occupy our attention. I’d like to think that the time we now have allows for a little more space for reflection (as Nick Cave recently suggested in his Red Hand Files), but also contemplation. That’s all any artist ever wants from us.

The generosity of some video artists (the art world’s first responders by dint of their medium) has given us the opportunity to experience their work in an exceptional way. Sure, we might watch it on a phone or a laptop perched on the couch while we eat a sandwich (neither of which are ideal screening situations), but the benefit of having home access to works otherwise viewed in festivals or galleries is that the viewer (that is me or you) has the freedom to watch something over and over again (not to mention stop, rewind, or slow down). I was always frustrated back in the olden days watching incredibly dense, deep, and complex films and videos at a festival – often clumped together in a longer program – because I’d feel like I’d missed so much of what I’d seen. And there was no way to go back and see it again. 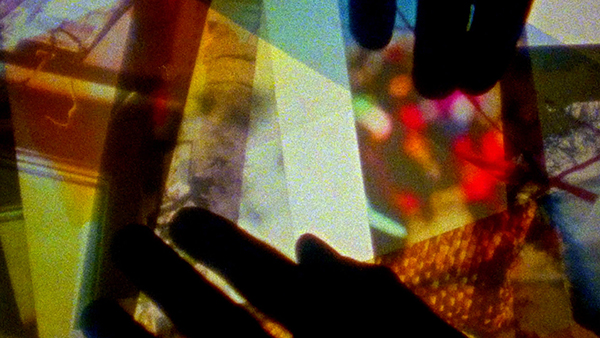 Now we have the luxury to watch and watch again. A film like Sky Hopinka’s Lore, which he has made available along with his other shorts on his website, invites repeated viewings. The images he arranges on an overhead projector fluctuate between recognizable scenes and abstract visions of colour in ever-shifting combinations overlaid with a voiceover reminiscing on the past. The video ends with a Bo Diddley song, which, when you go back to the beginning, adds another dimension to the first sounds of a band warming up and the first words you hear the artist say about the “by and by,” that time of stillness and rumination, before he plucks the root notes on his bass guitar.

One way film and video art distinguishes itself from more commercial forms is by relinquishing linear time and finding different organizing principles. Brett Story, who was inspired to share her work online by Hopinka and others, establishes a structure in her The Prison in Twelve Landscapes that has me thinking of music again – the way albums assemble a selection of songs the listener is free to rearrange in spite of the musicians preferred track listing. The door is open to jump from part one to seven to three and find connections that go in every direction. These metaphors of open doors and movement are at odds with the film’s subject: the American prison system. But our current circumstances, trapped as we are in our own homes, makes for a potentially even more sympathetic reading of this circumnavigation of true incarceration. 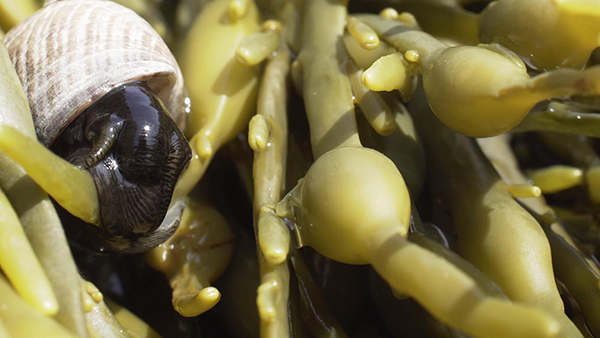 Emily Vey Duke & Cooper Battersby, You Were an Amazement on the Day You Were Born, 2019, video

Comparisons to musical forms, such as mix-tapes, often help me make sense of the videos by Emily Vey Duke and Cooper Battersby. A recent work of theirs, titled You Were an Amazement on the Day You Were Born, feels more like a concept album with its narrative of one life from beginning to end. It’s up right now on the ARGOS website (catch it quick because I think it’s going down soon). I first watched it in bed as I slowly drifted off to sleep, which is in no way my standard mode of viewing art, but it suits the loose storyline and the dreamy images of nature that complement/contrast the various voices who recount the protagonist’s tale. Some of the close-ups of insects and microscopic creatures are so fascinating, I just wanted to dwell on them and not worry about keeping track. The work coalesced through repeated viewing like your understanding of a person changes every time you meet them. The tenor of your appreciation downshifts, becomes more substantial, when you have the time to dwell. And, in a sense, that’s all many of us have right now.