The isolation of involuntary stasis weighs heavily upon recent immigrants, according to Montreal-based French-Syrian artist Poline Harbali. In her current solo exhibition, They wrote the countries’ borders on my skin, now on view at Montréal’s Fais-moi l’art, she uses tattoos and multimedia artworks to explore the experiences of women and non-binary immigrants. 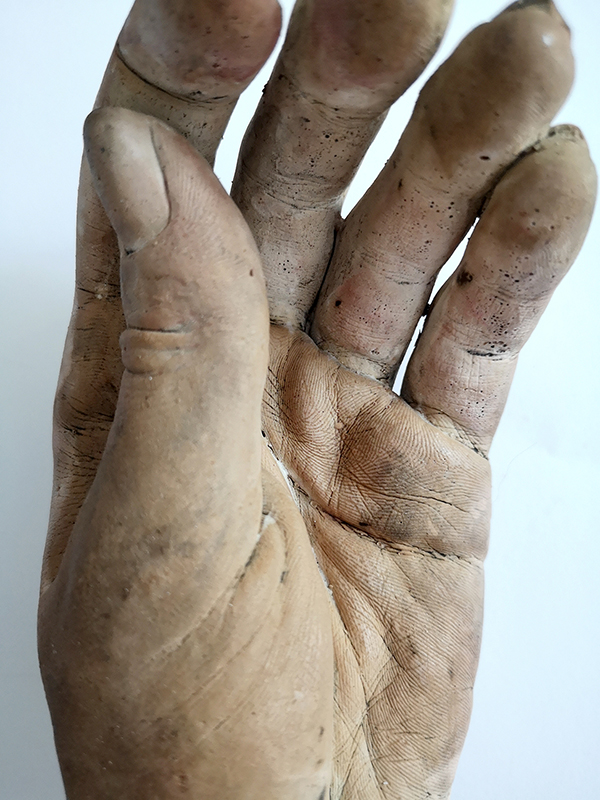 Four years in the making, this project was born from Harbali’s desire to constructively deal with issues she was facing as a new immigrant to Canada. By building personal and collaborative relationships with other women and non-binary people in similar positions, she forged the conditions necessary in order to create something so intimate. Through sharing experiences and finding community in displacement, most of those involved became close friends of the artist.

The two small gallery spaces are densely packed with works, and the vernissage had such a splendid turnout that I almost missed some. One is first greeted by a vestige of tedious, anxious waiting rooms past. On a platform are several outward-facing wooden chairs engraved with the names of Harbali’s collaborators and basic maps of their place of origin. Heaps of soil, displaced and of unknown origin, are strewn about while squares of stitched-together mock skin dangle from the ceiling. 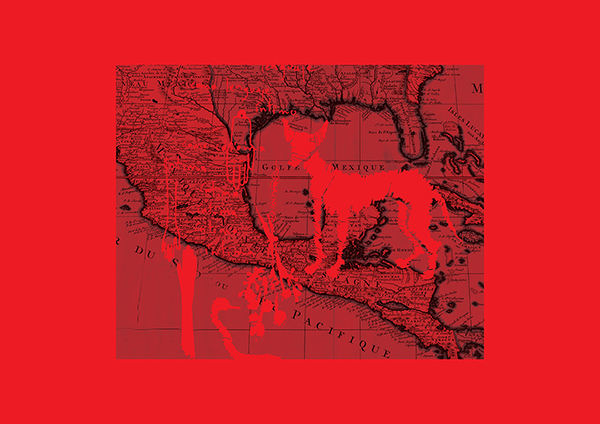 There is much that is visceral in this exhibition, in the artwork, the process behind it, and the reactions it may inspire. Although all fitting together to form a cohesive display, the elements of the show, just like the people involved in its making, are displaced. A tattoo table upholstered with a flesh-like material is the second room’s centerpiece. Ink stained and disembodied hands rest upon a shelf, beside it a map of the world bearing faint traces of tattoo designs, ostensibly constructed from torn fragments of a dry, flaky blood puddle.

While the designs of the participants’ tattoos are shown throughout the exhibitions, one never sees them settled into their final, fleshy destination; however, what is shown feels more striking. On the rear wall of the second room, amidst black and white photographs of participants, several small screens play looped videos of the collaborators’ eyes whilst being tattooed. Some seem bored, others wince, but the ones that caught me most seem deep in thought. I’m not particularly good at reading people’s eyes, but I’ve been there before. The pain can be grounding and meditative. 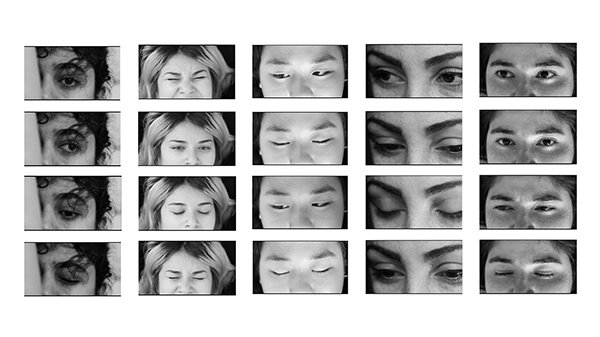 Though perhaps for completely different reasons, many can relate to the use of tattoos beyond mere adornment. For one anonymous participant, being tattooed was an important step in their emancipation and claiming of self. Despite being forbidden in their culture and family of origin, the tattoo still serves as a connection to those complex relationships and a sense of place, a powerful reminder that one can still fully exist despite tensions and contradictions.

Though the initial idea was for Harbali to build relationships with other new immigrants and not remain idle, it seems They wrote the countries’ borders on my skin offers more than just community, but also a firmly rooted sense of affirmed selves.

Poline Harbali: They wrote the countries’ borders on my skin continues until December 30.
Fais-moi l’art: https://faismoilart.org/